We have just repackaged Jass-2.3.5 so that your entry to meshes next week is well prepared. The brief list of fixes/features is:

customers: You will find the new jass-2.3.5 (pub and free) in your personal download folder (and we hope you have bookmarked it so that you can get hold on the new release with 2 clicks)

Announcement (updated): We managed to get out a preliminary meshes trail. The first 2 parts are ready for downlowd

More detailed information about the fixes and new features: 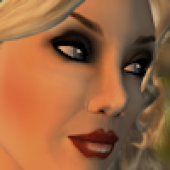 Avastar for Blender 2.8 scheduled for Spring 2019